This year, there were four FIDES awards:

FIDES Award for National Contribution “Hasan Prishtina”, with full merit was awarded to our heroes, who put their lives in second place, showing their readiness to come to the rescue, as required by the task, to our brothers across the border, the Kosovo Security Force. Albin Kurti presented this award on behalf of FIQ, who in his occasional speech said “This award reminds us that our daily tasks seem like a pointless routine. The work of the teacher, the police may seem ordinary but it is vital. I feel honored that this award, goes for someone more special, who showed dedication and professionalism: they saved people lives in Durrës and Thumanë. You are the real soldiers, even Hasan Prishtina would feel proud if he were here today “.

FIDES 2019 award for corporate contribution; for investments in ecology, in the creation of parks in different centers of the country, strategic investments in education and health were allocated to AL TRADE Center. This award on behalf of FIQ was presented by Vjosa Osmani.

The FIDES 2019 award for individual contribution, fundraising and investment in basic infrastructure in some primary schools in Kosovo, went to Caleb Jones, a young American who with the funds raised in his home country of America, has made adjustments to some schools in our country. This award on behalf of FIQ was presented by Ray Nayler, Deputy Officer for Public Affairs, Educational Development, Cultural Diplomacy and Exchange, US Embassy in Kosovo.

FIDES 2019 award for contribution from the diaspora, for social and cultural investments, also taking its time to organize lectures in the Swedish parliament, to raise awareness about sexual victims in Kosovo, was given to Mrs. Arta Krasniqi Trepça. This award was presented on behalf of FIQ by Nasrin Pourghazian, Consul, Head of the Cooperation for Reforms. 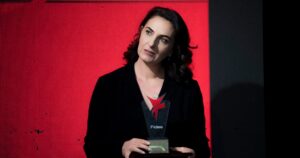 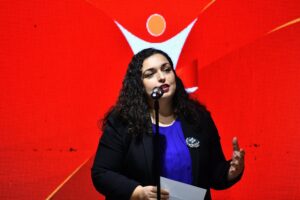 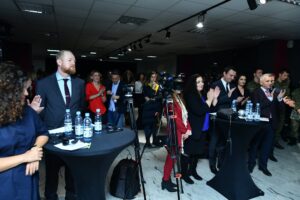