Forum for Civic Initiatives (FIQ) in collaboration with the Rockefeller Brothers Fund, organized the FIDES award ceremony 2013, for the fifth time in a row, to honor the philanthropic contributions of businesses and individuals in Kosovo and the Diaspora. With various guests from local and international institutions, diplomatic corps, representatives of local and Diaspora businesses, civil society and others, FIDES Awards were given to companies that have contributed for the common good, and individuals of good will from Kosovo and the diaspora. The price will enable the winners to enjoy a broad public support for the projects they have supported so generously and which serve as a good example for others.

While honoring the guests with the FIDES Award, the executive director of FIQ, Mrs. Dajana Berisha stated, “We are aware that we live in a contradictory reality, in which the contraction of common natural resources occurs not simply as a result of increased consumption needs of citizens, but above all, as a result of mismanagement of these assets.”

According to the ceremony program, participants had the opportunity to contribute money in exchange of sweets prepared from the children of the primary school “Naim Frasheri” in Pristina. An amount of 350 euros was collected and devoted to the purchase of books for the enrichment of the school’s library, with the aim to promote a relationship of children and books.

FIDES Award on the national level: IPKO Telecommunications, due to the high level of Corporate Social Responsibility, which price was given by the U.S. Ambassador in Kosovo, Mrs. Tracy Ann Jackobson.

FIDES Award on the local level: Humanitarian organization FENIKS from Ferizaj, which organization has managed to build 14 houses for the poor just on 2013. This award was given by Mr. Michael Mors, Deputy / Regional Director of GIZ for Kosovo.

FIDES Award for Young Philanthropists: Elementary School “Naim Frasheri” in Prishtina for fundraising for the school’s garden arrangement. This award was given by Mr. Korab Ahmeti, the manager of Kosovo Cap Project, which was the winner of FIDES 2012 regarding the contribution to the environment.

FIDES Award for individual contribution: Mr. Kelmend Rizvanolli, for the donation of 500,000.00 EUR for the construction of a new elementary school in Gjakova, with a capacity for 550 students. This award given by the Ambassador of the Republic of Albania, Mr. Islam Lauka.

FIDES Award for the contribution from Diaspora: Salih e Isa Nushi Foundation, for the promotion of education, culture and science to the youth in Kosovo, through scholarships for outstanding student. The price was given from the publicist Mr. Kim Mehmeti. 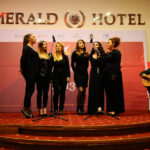 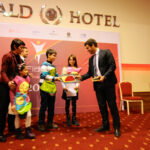 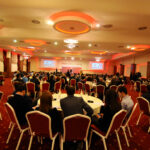 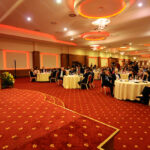 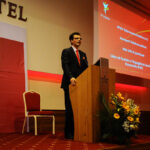 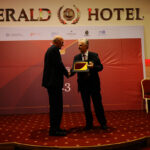 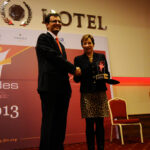 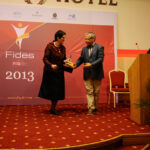 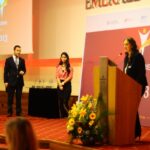 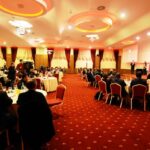