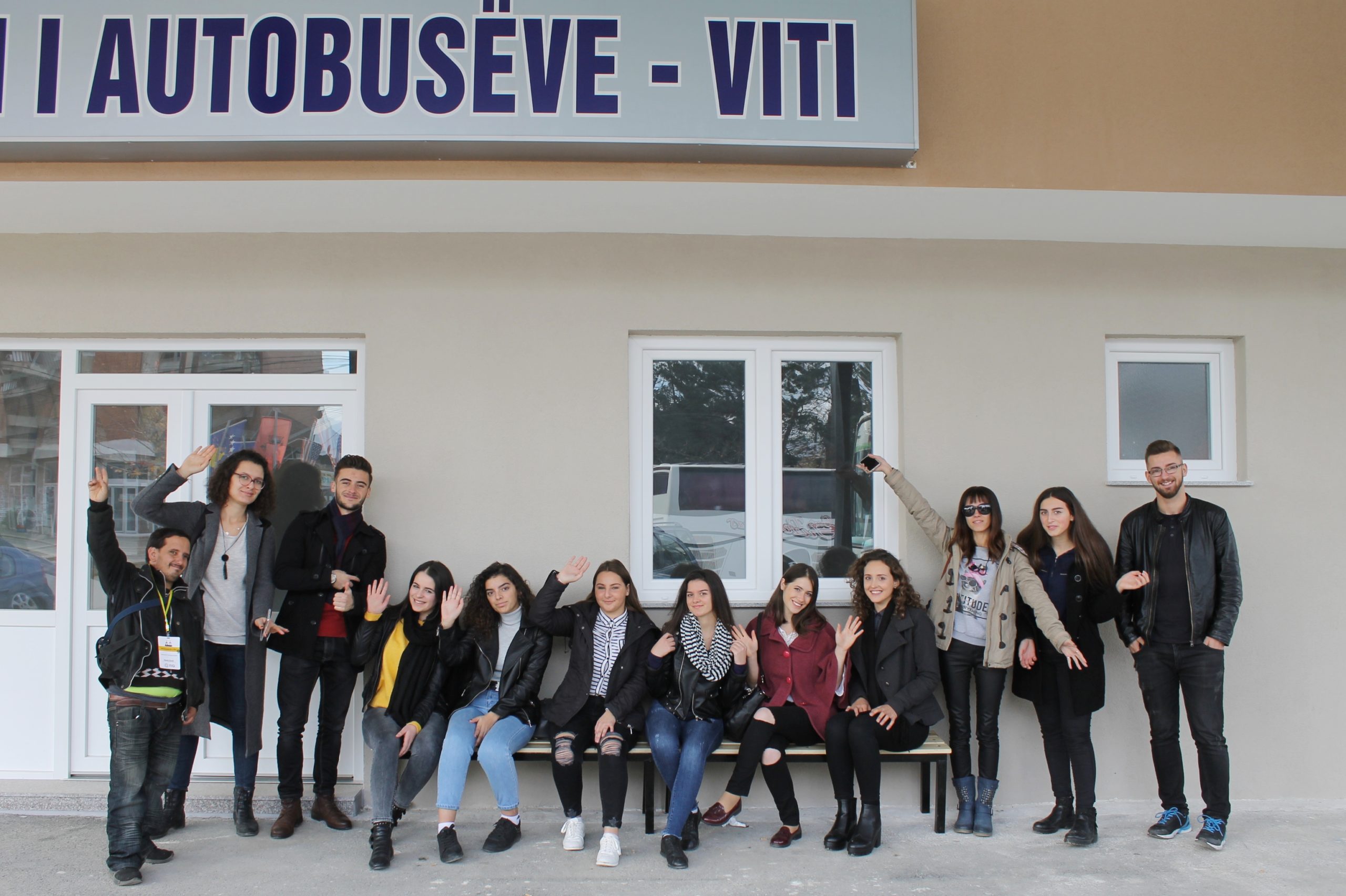 The Young Ambassadors, a good example of activism and contribution to the community!

FIQ until now has 26 ambassadors from different municipalities of Kosovo and  has implemented 26 community actions that can be reached by the citizens.

The municiaplity of Kacanik was a partner for the project in 2017 for the community actions there. The young people managed to raise funds through the support they received from different bussineses.

The projects implemented  by informal groups of these year in Kacanik and Viti are the followining.

The group of leaders proposed a project to supply the library with new books for the library of the city of Kacanik. They consulted with young readers, met different writers to ensure new titles and also consulted young leaders to see what are the requirements for new titles. They managed to collect  voluntairly 50 books from the project, and managed to collect more than 70 others, all of them new and attractive, the ones that young people were intersted to read.

The project “Everything for books” have displayed a bookshelf outside the city gymnasium that will serve to different readers. The book-shelf with books will solve the issue of lack of finances to register at the library, but also will offer new titles so that young people will be provided with books from the open library. Through this project, more than 70 books were donated by the community, sveral presentations were done in schools about the importance of reading, and a creative party was held called “Silent Reading” where young people read in silence and suggested new titles of books to each other. The library continues to be open for the readers, managed by the students of “Skënderbeu” in Kacanik.

Seats for the city park in Kacanik

Due to lack of chairs and the need to repair the old ones, the group brought new seats through this project. They held meetings with the municipality to receive their permissiom, talked to youth and promoted the project to keep these seats safe. Now, the citizens can use the seats as a result of the commitment of the young ambassadors.

Seats for the bus-station in Kacanik

Many students from Vitit were obligied to wait  on foot due to the lack of seats at the bus station.  The informal group through their project bought and placed the seats at the busstation.  The seats will serve for elderly and younger people that will wait at the station. Part of activities were:  the recpeint of permision from the municipality,  discussions with community, meetings with donors, and discussions with community member to ensure their safety.

Lightening of the high school “Skënderbeu” in Kacanik

Students from this school used to stay in dark when the the lessons finished.  Through the project “Lightening for the school” there were placed more than 4  efficient led lamps outside the school, lightening the garden of the school and contributing to the overall safety of students. Many community members invloved in this project including the management of school who together with the students manged to raise funds and other citizens that helped voluntairly to install it.

The lack of interesting books was seen as a big need for youth of Pozheran. The informal group from this village has developed a campaign to collect books. They collected books from writers, the printing house  “Fleta” which donated around 50 books and other 30 books from other citizens.  They have placed the open library in the mixed high school in Pozheran which is in disposal for all the students.

Seats for the bus-station in Viti

The long standing waitings on foot came to an end due to the seats that were provided from the project of the informal group of youngsters in Viti.  They also added bin, ensuring a clean enviroment around them.

Seats and bins in Terstenik, Viti

The informal group from this village has ensured seats and bing for the students of this school, where students can rest, but also throw the trash in the bins that stand next to the seats. The group who developed this project managed to raise funds to develop projects and informational sessions with students regarding the importance of the project.

The informal group through their idea have decided that  it is important to start recycling. The bins are destined to recycle plastic and paper. For this project, the students have developed a number of meetings to inform them about recycling. Also, a recycling company from  Gjilan was helpful in sharing their story about recycling.

Games for children in Sllatinë

Children of Sllatinë were interested in finding a recreative space to play. A group of youngsters from this village applied with a project to build a  swing for them.  They mananged to raise funds through activities and mobilized a whole village by promoting  the project and offering a place for children and parent to spend quality time there.