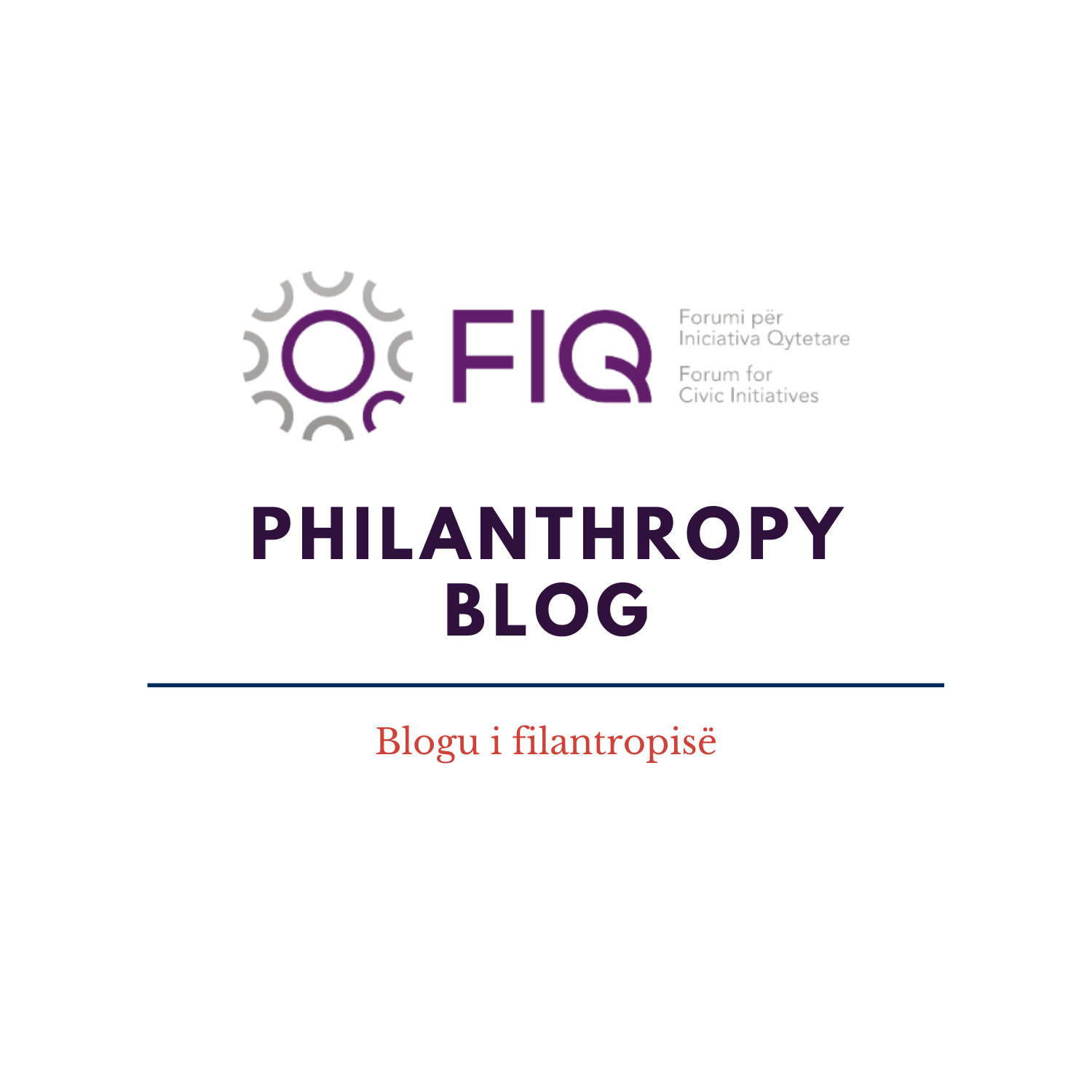 Philanthropy describes the act of giving time and things to people in need and the community, without expecting anything in return. It is that love for people that, despite everything, shows empathy for others, especially those in need.

Philanthropy does not recognize money, age, social class. You do not have to be rich to be a philanthropist. You do not have to belong to a certain social class to be a philanthropist. An example of a true philanthropist is Ryan Hreljac, who at the age of 6, when he heard from his teacher that people die in Africa due to lack of water, with his savings, started the fundraising campaign and founded the foundation. The campaign resulted in $ 1 million raised, which the 6-year-old used to fund 120 well drilling projects in many countries, especially in Africa. An example of a small philanthropist in Kosovo is Fresk Sylhasi, 11 years old, who passed the road from Prishtina to Saranda by bicycle, to raise funds, with which he bought teaching materials for Thethi school in Albania. For this philanthropic act, Fresk was awarded the FIDES Award for philanthropy, which the Forum for Civic Initiatives gives every year.

We can talk all day about philanthropy, but such examples of empathy, love and devotion to people and communities in need tell us a lot.

Philanthropy is widely defined as love of humanity. It is this love that contributes to the elimination of social problems, and this is where the difference between philanthropy and charity comes into play, which focuses on eliminating the suffering caused by social problems.

So it is often not possible to distinguish between charity and philanthropy, because both aim to give, only that philanthropy makes longer-term solutions, based on the needs of the community, as opposed to charity, which makes solutions shorter. Charity gives you the fish, while philanthropy teaches you to catch it!

The private sector, to be completely honest, has changed the context of fish. So if a business gives you a fish or even teaches you the catch it, they do so because of marketing which is almost the most important thing to them. The marketing strategy of companies in the future should and will be philanthropy!

FIQ projects have directly or indirectly contributed to the common good. An example of how such a project works is the ATAR project. This project in the first phase has trained, mentored and funded with 2500 Euros, 25 social business ideas, designed by young people belonging to social asistance families and unemployed young people. ATAR2, which is its continuation, has financed 20 businesses with 8000 Euros each. Thus, FIQ with its programs, tries to educate communities about the importance of philanthropy, which they do through the FIDES Award, undertakes philanthropic projects and in this way ensures to fill gaps within society. In addition, FIQ has organized meetings in most municipalities of Kosovo, identifying the main problems that concern citizens and that may be problems away from the eyes of potential philanthropists. Lack of care for children with special needs; especially children with mental retardation, then caring for the elderly; labor market training of women in rural areas who have not even completed primary education; proceeding with the Law on Philanthropy; generally philanthropic contributions should be given to areas such as entrepreneurship where it is possible to reproduce the tools or increase them and not just use them once. So these are the demands of citizens on how they think philanthropic contributions would impact sustainable development.

This blog was written by Arieta Dragusha, as part of the regional project SIGN Up for Impact, funded by the European Union, in Kosovo implemented by FIQ.