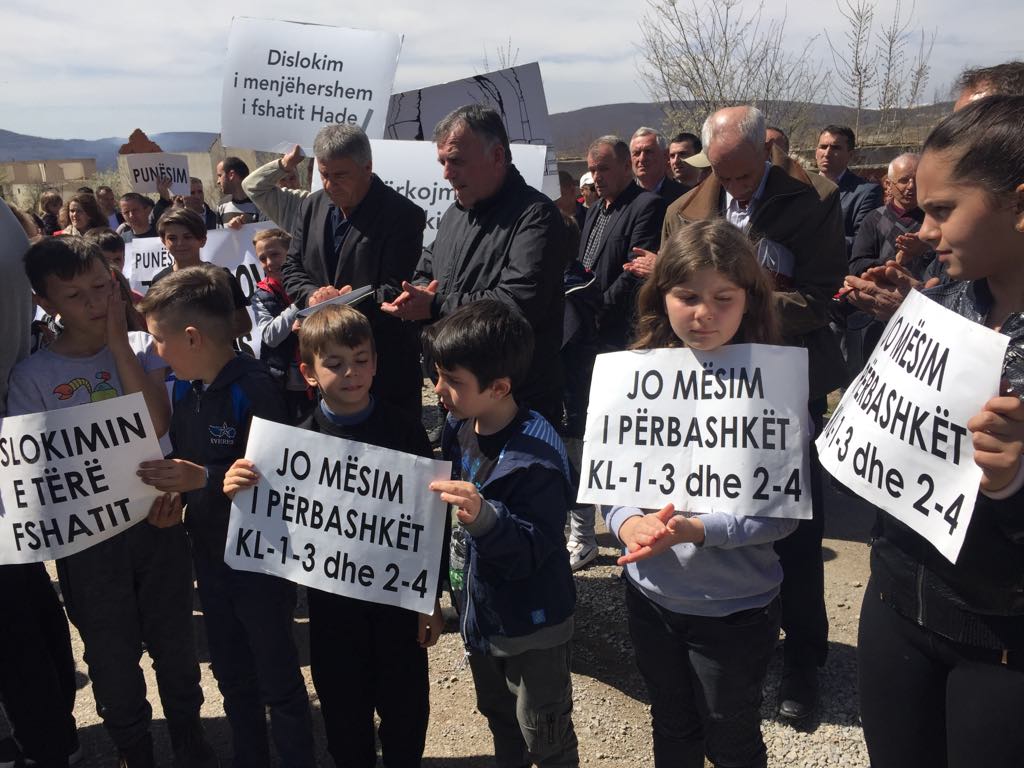 Hade residents protest for their rights

Residents of the village of Hade supported by the Forum for Civic Initiatives have protested for the delay of the displacement process and ignoring their problem by the central and local government.

Hades residents through this protest have informed local leaders that they will not allow them to be manipulated with their property. They even accused the country’s leaders of “plundering property”.

Hades residents have demanded dignified resettlement and according to international standards.

In 2011, the Government of Kosovo officially approved the new Legal Framework for Resettlement of New Mining, a document that according to the statements of government officials is in line with international standards for displacement.

But this relocation has never happened this way. On the contrary, residents have pointed out that they are in the middle of the road, without home, work, water, agricultural land, school for children.

The Director of the Forum for Civic Initiatives (FIQ), Dajana Berisha, said that the Government of Kosovo has failed for the dignified relocation of the inhabitants of Hade village. She said that residents continue to be at ground zero even after 14 years.

“The lack of delivery of a dignified resettlement of the village of Hade is an absolute failure of the entire level of government either at central or municipal level, as well as international institutions like the World Bank, and ministries in turn have all failed to provide this relocation, Berisha said.

She has stressed that she is worried about this extremely difficult situation that residents are facing. “I am very sorry to see you again at exactly ground zero, even after 14 years and you are still in this situation, even poorer, and more disappointed,” Berisha said.

According to Berisha, local institutions do not want to offer solutions to the problems and demands of these residents.

Meanwhile, the representative of the inhabitants of the village of Hade, Ragip Grajqevci said that residents living in this village are exposed to life threatening situations.

Residents’ request, Grajqevci said that it remains that the rest of the village of Hade be included in the plan for the displacement of this village.

“We demand that the rest of the village of Hade, the center part, be included in the KEK planning for the displacement of Hades, which will be taken very soon by KEK, the Government and relevant ministries. The project has only remained on paper without being implemented. If we are overlooked this time from the past and present project we promise that we will not be supportive of your projects for profit purposes, but will protect our legitimate rights to individual property and vital assets seriously and politically and legally responsible “Said Grajqevci.